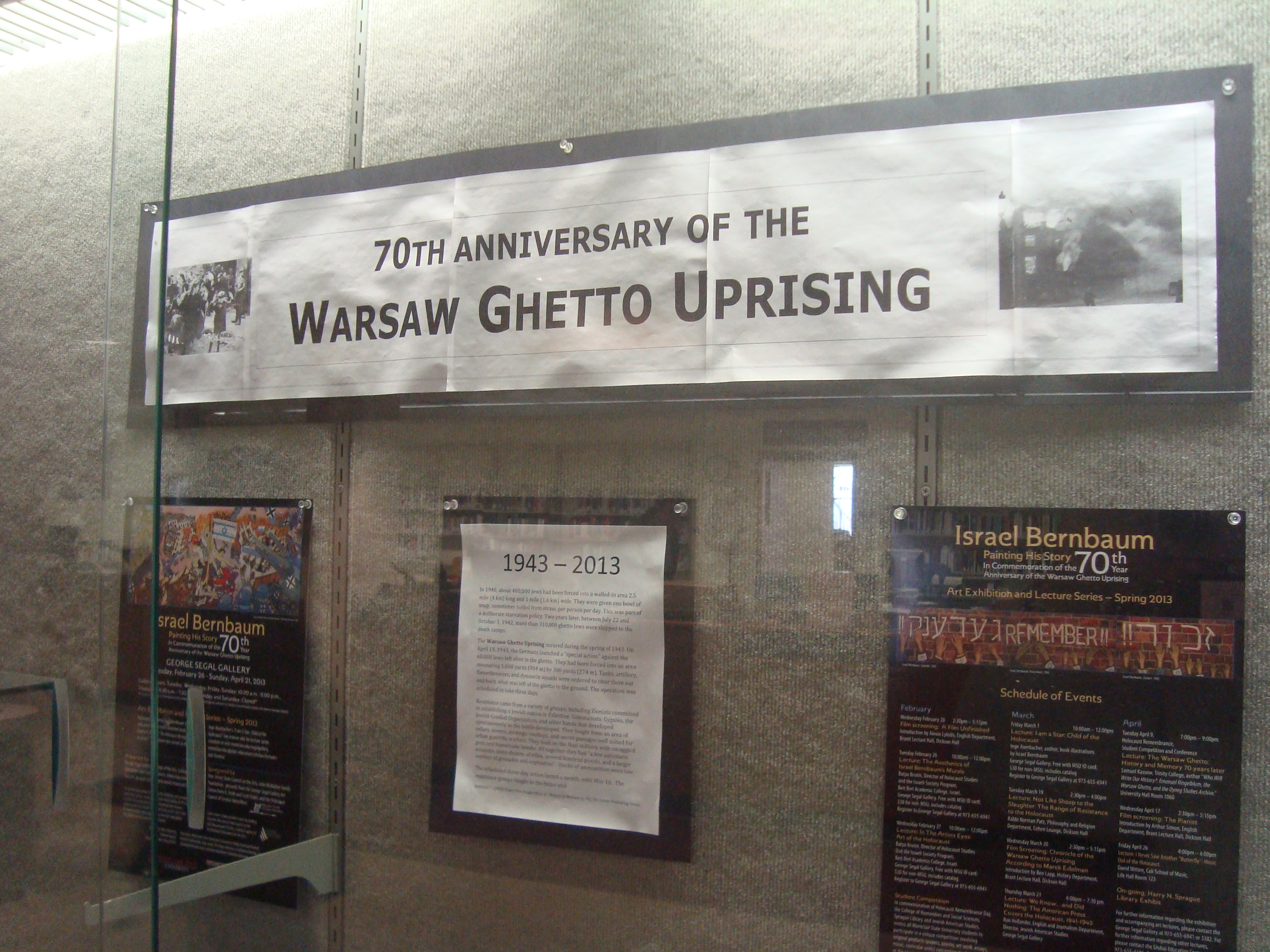 The Warsaw Ghetto Uprising occured during the spring of 1943. On April 19, 1943, the Germans launched a "special action" against the 60,000 Jews left alive in the ghetto.  They had been forced into an area measuring 1,000 yards (914 m) by 300 yards (274 m). Tanks, artillery, flamethrowers, and dynamite squads were ordered to clear them out and burn what was left of the ghetto to the ground. The operation was scheduled to take three days.

Resistance came from a variety of groups, including Zionists committed to establishing a Jewish nation in Palestine, Communists, Gypsies, the Jewish Combat Organization, and other bands that developed spontaneously as the battle developed. They fought from an area of cellars, sewers, strategic rooftops, and secret passages well suited for urban guerrilla warfare. They took on the Nazi military with smuggled guns and homemade bombs. All together they had "a few automatic weapons, some dozens of rifles, several hundred pistols, and a larger number of grenades and explosives”. Stocks of ammunition were low.

The scheduled three-day action lasted a month, until May 16. The resistance groups fought to the bitter end.

The appended bibliography is of the books used in the Exhibit.  Please use the library’s catalog to find books and other library materials pertaining to this topic.