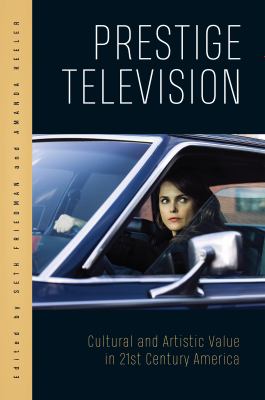 Prestige Television explores how a growing array of 21st century US programming is produced and received in ways that elevate select series above the competition in a saturated market. Contributing authors demonstrate that these shows are positioned and understood as comprising an increasingly recognizable genre characterized by familiar markers of distinction. In contrast to most accounts of elite categorizations of contemporary US television programming that center on HBO and its primary streaming rivals, these essays examine how efforts to imbue series with prestigious or elevated status now permeate the rest of the medium, including network as well as basic and undervalued premium cable channels. Case study chapters focusing on diverse series, ranging from widely recognized examples such as The Americans (2013-2018) and The Knick (2014-15) to contested examples like Queen of the South (2016-2021) and How I Met Your Mother (2005-2014), highlight how contributing authors extend conceptions of the genre beyond expected parameters. Storytelling in Sixteenth-Century France is an innovative, interdisciplinary examination of parallels between the early modern era and the world in which we live today. Readers are invited to look to the past to see how then, as now, people turned to storytelling to integrate and adapt to rapid social change, to reinforce or restructure community, to sell new ideas, and to refashion the past. This collection explores different modalities of storytelling in sixteenth-century France and emphasizes shared techniques and themes rather than attempting to define narrow kinds of narrative categories. Through studies of storytelling in tapestries, stone, and music as well as distinct genres of historical, professional, and literary writing (addressing both erudite and more common readers), the contributors to this collection evoke a society in transition, wherein traditional techniques and materials were manipulated to express new realities.  Published by the University of Delaware Press. Distributed worldwide by Rutgers University Press. 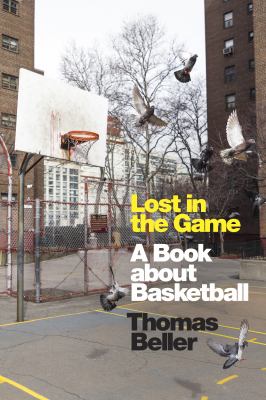 Lost in the Game

For players, coaches, writers, and fans, basketball is a science and an art, a religious sacrament, a source of entertainment, and a way of interacting with the world. In Lost in the Game Thomas Beller entwines these threads with his lifetime's experience as a player and journalist, roaming NBA locker rooms and city parks as a basketball flaneur in search of the meaning of the modern game. He captures the magnificence and mastery of today's most accomplished NBA players while paying homage to the devotion of countless congregants in the global church of pickup basketball. He shares his own stories from the courts, meditating on basketball's role in city life and its impact on the athlete's psyche as he moves from youth to middle age. Part journalistic account, part memoir of a slightly talented player whose main gift is being tall, Lost in the Game charts the game's inexorable gravitational hold on those who love it. 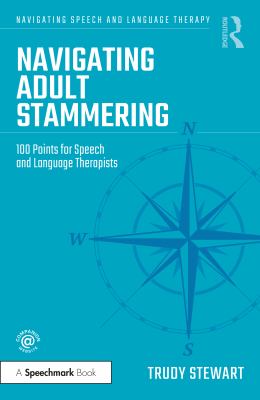 This book, the first in an exciting new series, provides speech and language therapy students and newly qualified and beginning stammering specialists with 100 key points that will help form a strong foundation for their work supporting adults and teenagers who stammer. Composed of practical, relevant and useful advice from an experienced clinician, chapters break advice down into sections which include information about the therapeutic relationship, therapeutic approaches and signposts to further resources. Throughout the book, comments from stammering specialists describe what they wish they had known at the start of their careers. This book: Puts the person who stammers at the heart of therapy, following the clinical choices they might make Is written in an accessible style, designed to be dipped in and out of as required Draws on the experience of therapists working with those who stammer Full of advice and guidance to support effective practice, this is an essential resource for anybody new to this client group. 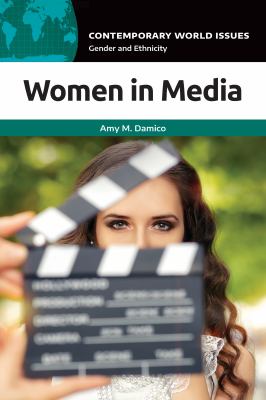 This title provides a broad overview of how women are portrayed and treated in America's news and entertainment industries, including film, television, radio, the internet, and social media. This book provides a one-stop resource for understanding the participation and representation of women in the U.S. media in such areas as narrative film, scripted television programming, advertising, video games, news, and sports. Coverage is wide-ranging and comprehensive, covering historical developments and trends as well as such relevant issues as gender disparities in pay and advancement opportunities, stereotypical gender portrayals in popular entertainment, sexual harassment in America's media and entertainment industries, and the dearth of positive media representations of women of color. Engaging with this history and reading about current issues related to this topic will be useful to those interested in understanding more about why women's engagement in media--in such roles as performer, journalist, producer, and writer--is important. It will also help readers better understand how and why problematic media representations of women hinder efforts to achieve full gender equality in American society. Provides readers with an understanding of the history of women's representation in developing and contemporary media industries Highlights and discusses current issues related to women's representation in media forms Offers perspectives from a variety of writers on specific elements of women's representation and professional prospects in American media industries Profiles accomplished women who have impacted media industries in meaningful ways In Courtly and Queer, Charlie Samuelson casts queerness in medieval French texts about courtly love in a new light by bringing together for the first time two exemplary genres: high medieval verse romance, associated with the towering figure of Chrétien de Troyes, and late medieval dits, primarily associated with Guillaume de Machaut. In close readings informed by deconstruction and queer theory, Samuelson argues that the genres' juxtaposition opens up radical new perspectives on the deviant poetics and gender and sexual politics of both. Contrary to a critical tradition that locates the queer Middle Ages at the margins of these courtly genres, Courtly and Queer emphasizes an unflagging queerness that is inseparable from poetic indeterminacy and that inhabits the core of a literary tradition usually assumed to be conservative and patriarchal. Ultimately, Courtly and Queer contends that one facet of texts commonly referred to as their "courtliness"--namely, their literary sophistication--powerfully overlaps with modern conceptions of queerness. 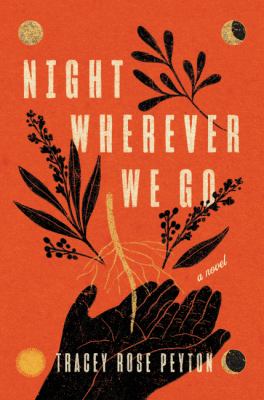 Night Wherever We Go

A RECOMMENDED READ FROM: The Washington Post * Atlanta Journal-Constitution * CrimeReads * Library Journal A gripping, radically intimate debut novel about a group of enslaved women staging a covert rebellion against their owners On a struggling Texas plantation, six enslaved women slip from their sleeping quarters and gather in the woods under the cover of night. The Lucys--as they call the plantation owners, after Lucifer himself--have decided to turn around the farm's bleak financial prospects by making the women bear children. They have hired a "stockman" to impregnate them. But the women are determined to protect themselves. Now each of the six faces a choice. Nan, the doctoring woman, has brought a sack of cotton root clippings that can stave off children when chewed daily. If they all take part, the Lucys may give up and send the stockman away. But a pregnancy for any of them will only encourage the Lucys further. And should their plan be discovered, the consequences will be severe. Visceral and arresting, Night Wherever We Go illuminates each woman's individual trials and desires while painting a subversive portrait of collective defiance. Unflinching in her portrayal of America's gravest injustices, while also deeply attentive to the transcendence, love, and solidarity of women whose interior lives have been underexplored, Tracey Rose Peyton creates a story of unforgettable power. 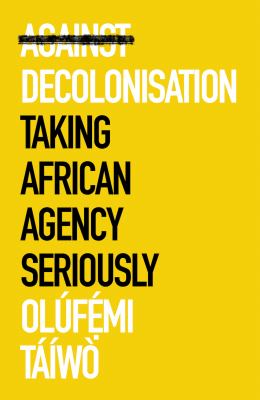 Selected as one of '100 Notable African Books of 2022' in Brittle Paper  A leading African political philosopher's searing intellectual and moral critique of today's decolonisation movement. Decolonisation has lost its way. Originally a struggle to escape the West's direct political and economic control, it has become a catch-all idea, often for performing 'morality' or 'authenticity'; it suffocates African thought and denies African agency. Olúfemi Táíwò fiercely rejects the indiscriminate application of 'decolonisation' to everything from literature, language and philosophy to sociology, psychology and medicine. He argues that the decolonisation industry, obsessed with cataloguing wrongs, is seriously harming scholarship on and in Africa. He finds 'decolonisation' of culture intellectually unsound and wholly unrealistic, conflating modernity with coloniality, and groundlessly advocating an open-ended undoing of global society's foundations. Worst of all, today's movement attacks its own cause: 'decolonisers' themselves are disregarding, infantilising and imposing values on contemporary African thinkers. This powerful, much-needed intervention questions whether today's 'decolonisation' truly serves African empowerment. Táíwò's is a bold challenge to respect African intellectuals as innovative adaptors, appropriators and synthesisers of ideas they have always seen as universally relevant. 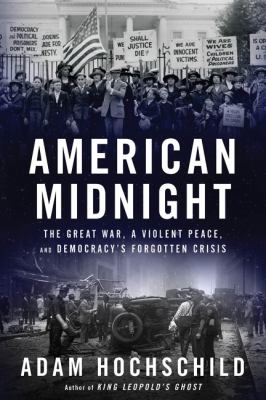 National Bestseller * One of the year's most acclaimed works of nonfiction A BEST BOOK OF THE YEAR: New York Times, Washington Post, New Yorker, Chicago Tribune, Kirkus, New York Post, Fast Company From legendary historian Adam Hochschild, a "masterly" (New York Times) reassessment of the overlooked but startlingly resonant period between World War I and the Roaring Twenties, when the foundations of American democracy were threatened by war, pandemic, and violence fueled by battles over race, immigration, and the rights of labor The nation was on the brink. Mobs burned Black churches to the ground. Courts threw thousands of people into prison for opinions they voiced--in one notable case, only in private. Self-appointed vigilantes executed tens of thousands of citizens' arrests. Some seventy-five newspapers and magazines were banned from the mail and forced to close. When the government stepped in, it was often to fan the flames.   This was America during and after the Great War: a brief but appalling era blighted by lynchings, censorship, and the sadistic, sometimes fatal abuse of conscientious objectors in military prisons--a time whose toxic currents of racism, nativism, red-baiting, and contempt for the rule of law then flowed directly through the intervening decades to poison our own. It was a tumultuous period defined by a diverse and colorful cast of characters, some of whom fueled the injustice while others fought against it: from the sphinxlike Woodrow Wilson, to the fiery antiwar advocates Kate Richards O'Hare and Emma Goldman, to labor champion Eugene Debs, to a little-known but ambitious bureaucrat named J. Edgar Hoover, and to an outspoken leftwing agitator--who was in fact Hoover's star undercover agent. It is a time that we have mostly forgotten about, until now.  In American Midnight, award-winning historian Adam Hochschild brings alive the horrifying yet inspiring four years following the U.S. entry into the First World War, spotlighting forgotten repression while celebrating an unforgettable set of Americans who strove to fix their fractured country--and showing how their struggles still guide us today.