This photo album offers a glimpse of life in Russ Hall in 1917 and 1918. Opened in 1915, Russ Hall was the first dormitory on campus. Montclair State faculty, including Professor John Stone (namesake of Stone Hall), are also appear in the album.

1932 Commencement at the New Jersey State Teachers College at Montclair.
This photograph was donated by Eleanor Pedersen Craig ’32 whose classmates described her as “dependability personified. See the 1932 NJSTC yearbook online here: https://archive.org/details/lacampanilla1932newj 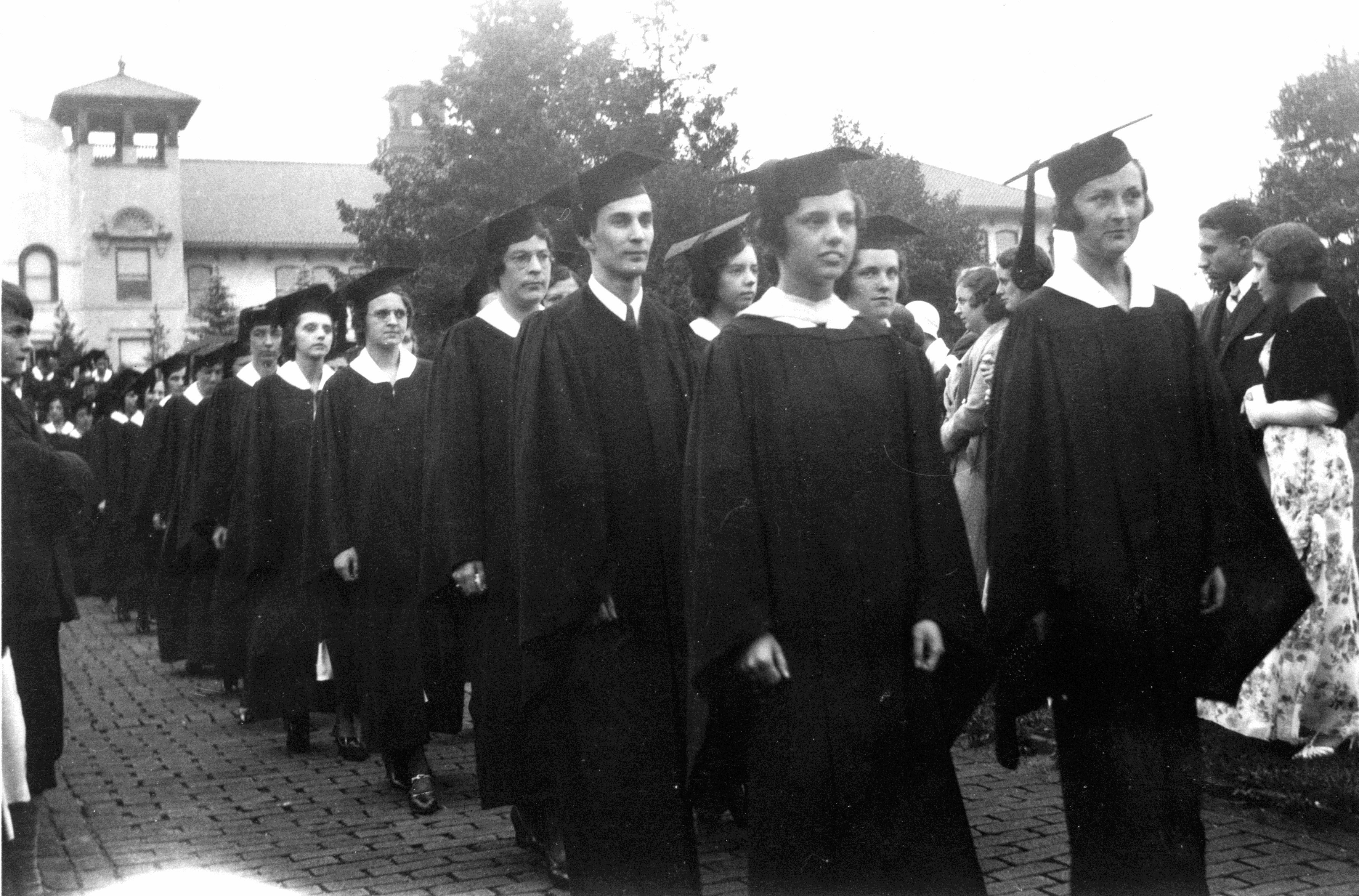 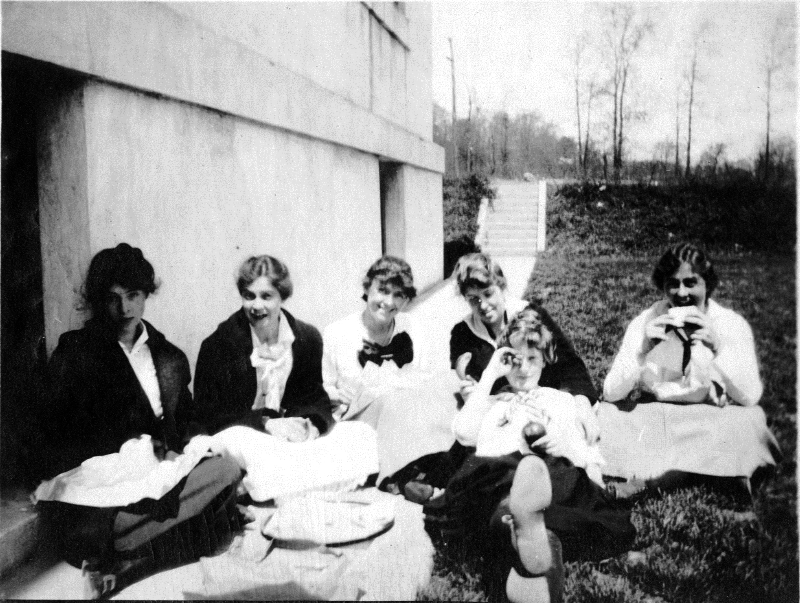 A Chapin Hall dormitory room from 1941: 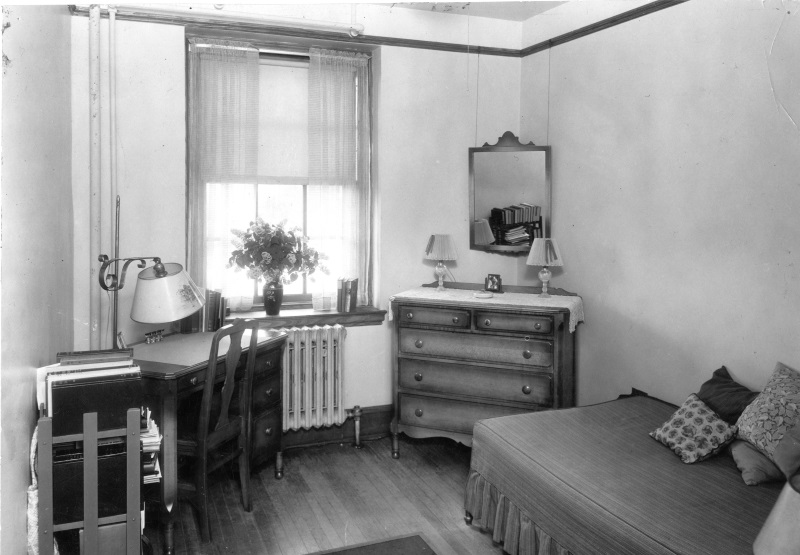 A photograph freshmen hazing at the "Rat's Court" taken betweeen 1946 and 1948. The photograph was donated by Charles H. Reid, Jr. 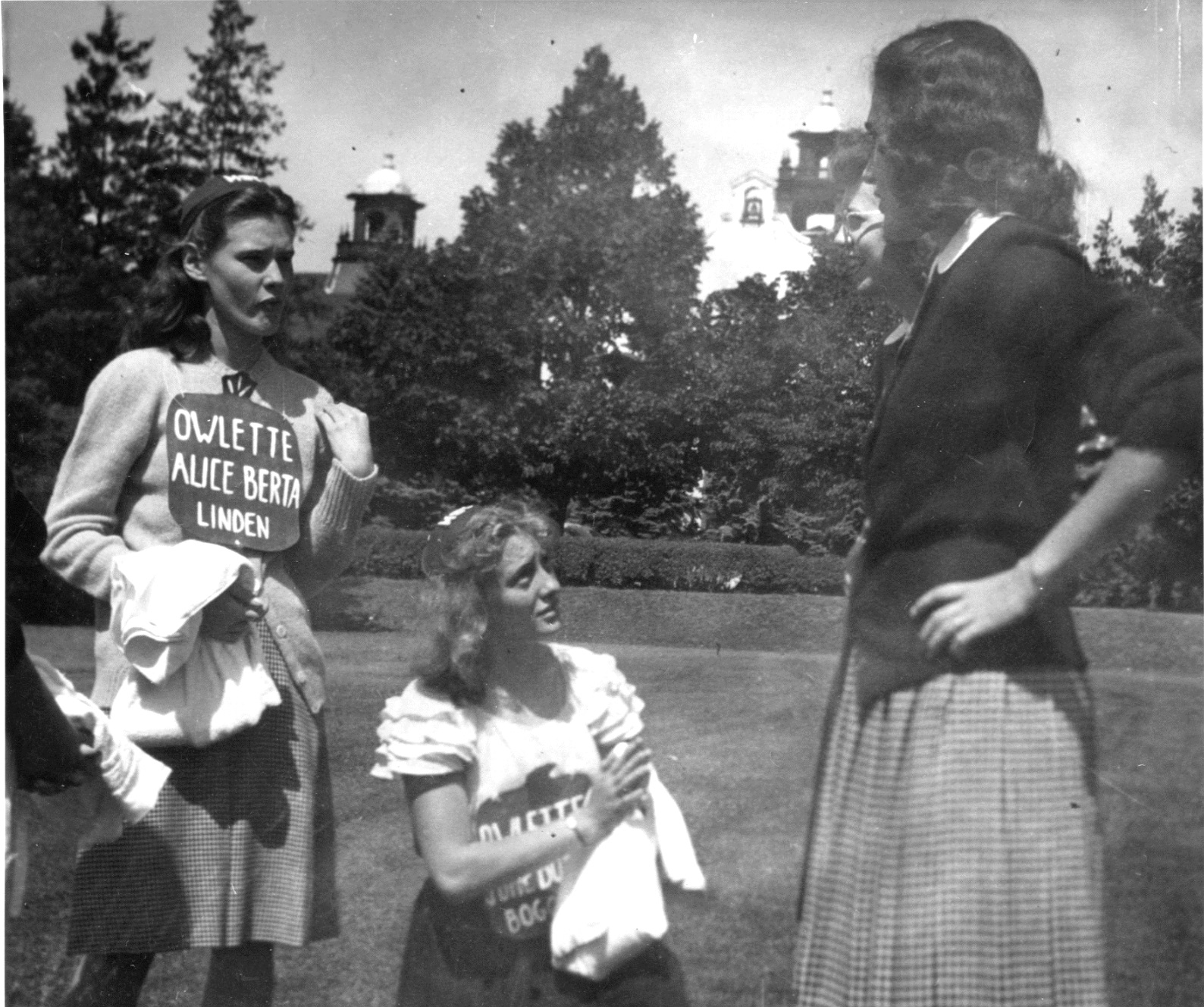 Janet Millenthal ‘46 and Charlotte Koob ’48 describe events in the "Tradition at Montclair State Teachers College" document at the bottom of the page.

"The freshman first comes in contact with the traditional hazing. One week is set aside, during which upper classmen are in their glory making the newcomers feel green and insignificant. During this period, freshmen are not allowed to enter the Administration Building through the main door, or permitted to walk on the grass. They are ordered to address upper classmen as Mr. and Miss. At noon, each day, the freshmen gather at the sun dial or “Rat’s Court,” as it is called, and are put through a series of ridiculous antics. Each one is required to wear a huge placard with his name and to dress in any other outlandish fashion which the upper classmen desire." 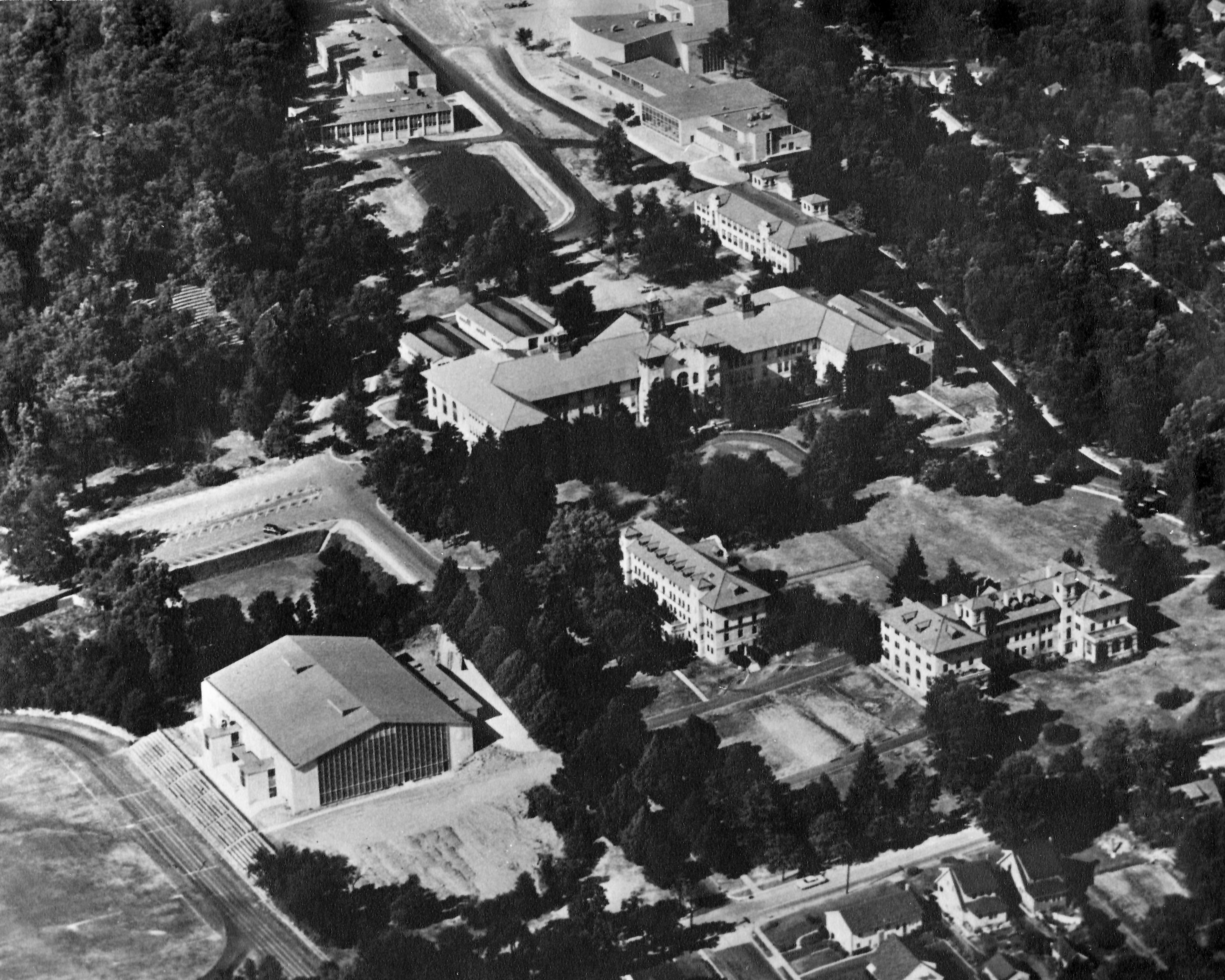 This video was created by Elton Robertson '64. The film begins with some footage of the campus, and then moves on to students attending the College Outdoor Education Program at the New Jersey School of Conservation. The location was Camp Wapalanne at Stokes State Forest. The year was 1961.

The bell sound near the beginning of the video is a recording of the bell over College Hall. The music during the video was performed by the Montclair State College Concert Band at a concert on November 22, 1960. Students sing the Alma Mater at the end of the video. 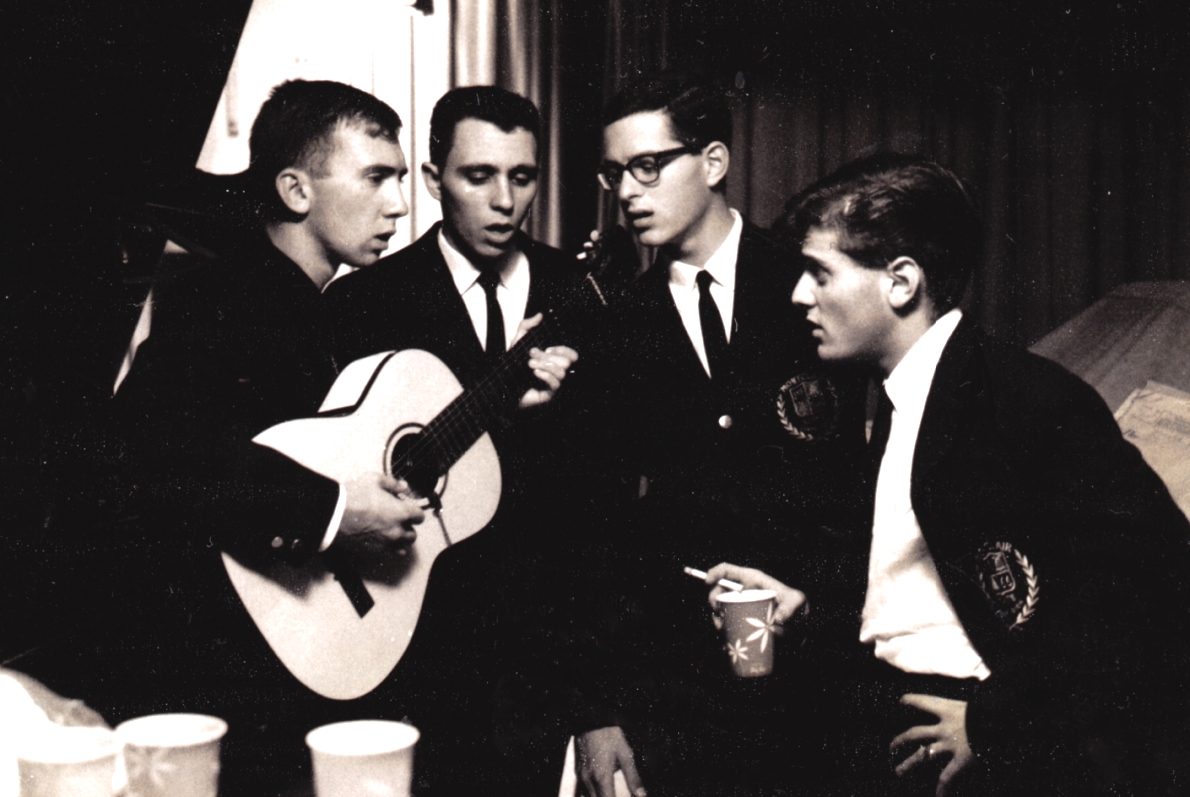 The Valley Roadsmen rehearse for a concert at Montclair State College – April 17, 1964 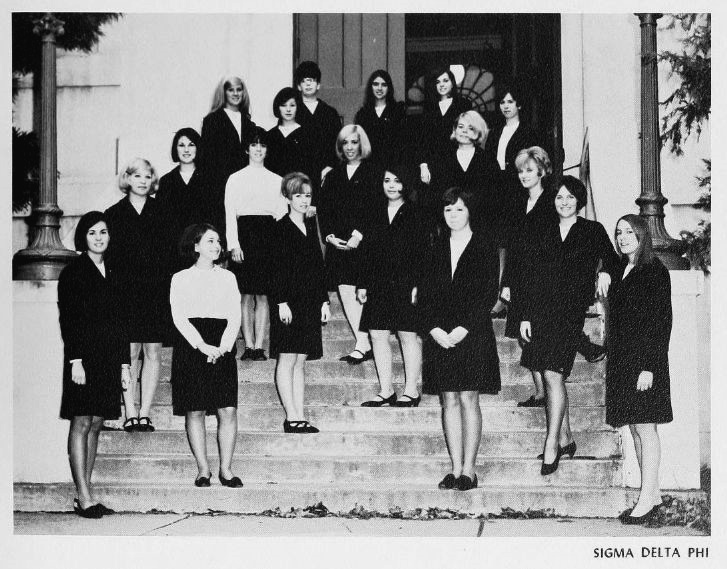 A picture of Sigma Delta Phi Sorority from the 1968 yearbook.

You can find the collection of Montclair State Yeabooks Online.

This a photograph of a group of twirlers from 1966. The image is from the MSU Memories collection. See the full-sized images and the rest of the collection here: 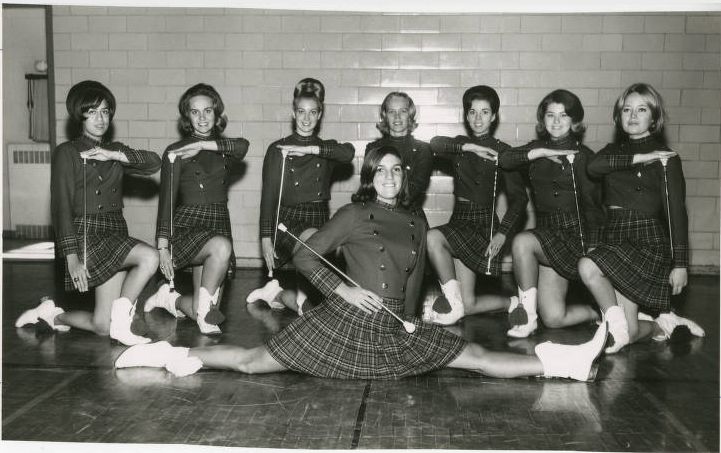 A Montclair State Teachers College baseball player slides into base.

This is one of the many historical photographs in the Sprague Library Archives. There is no date on the photograph, but the MSTC on the uniform means that the picture was taken before 1958 when Montclair State Teachers College became Montclair State College. 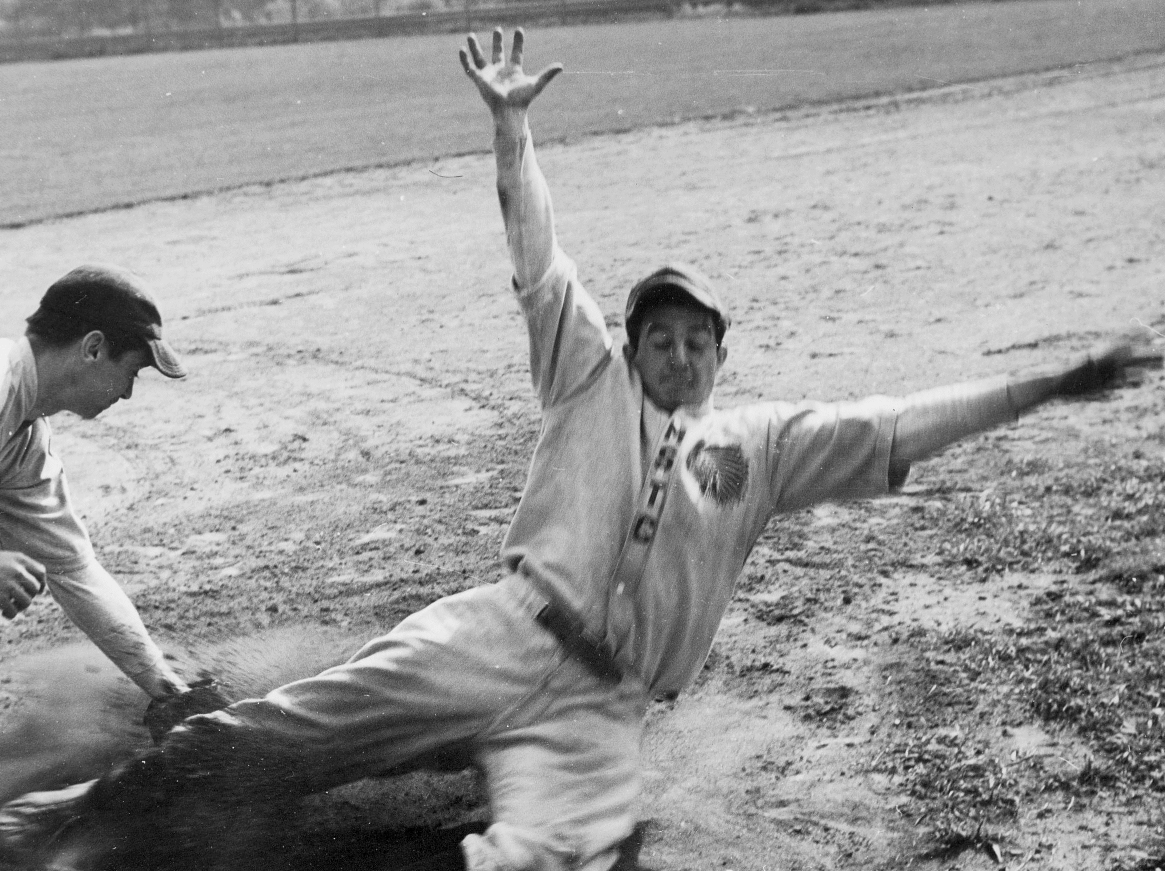 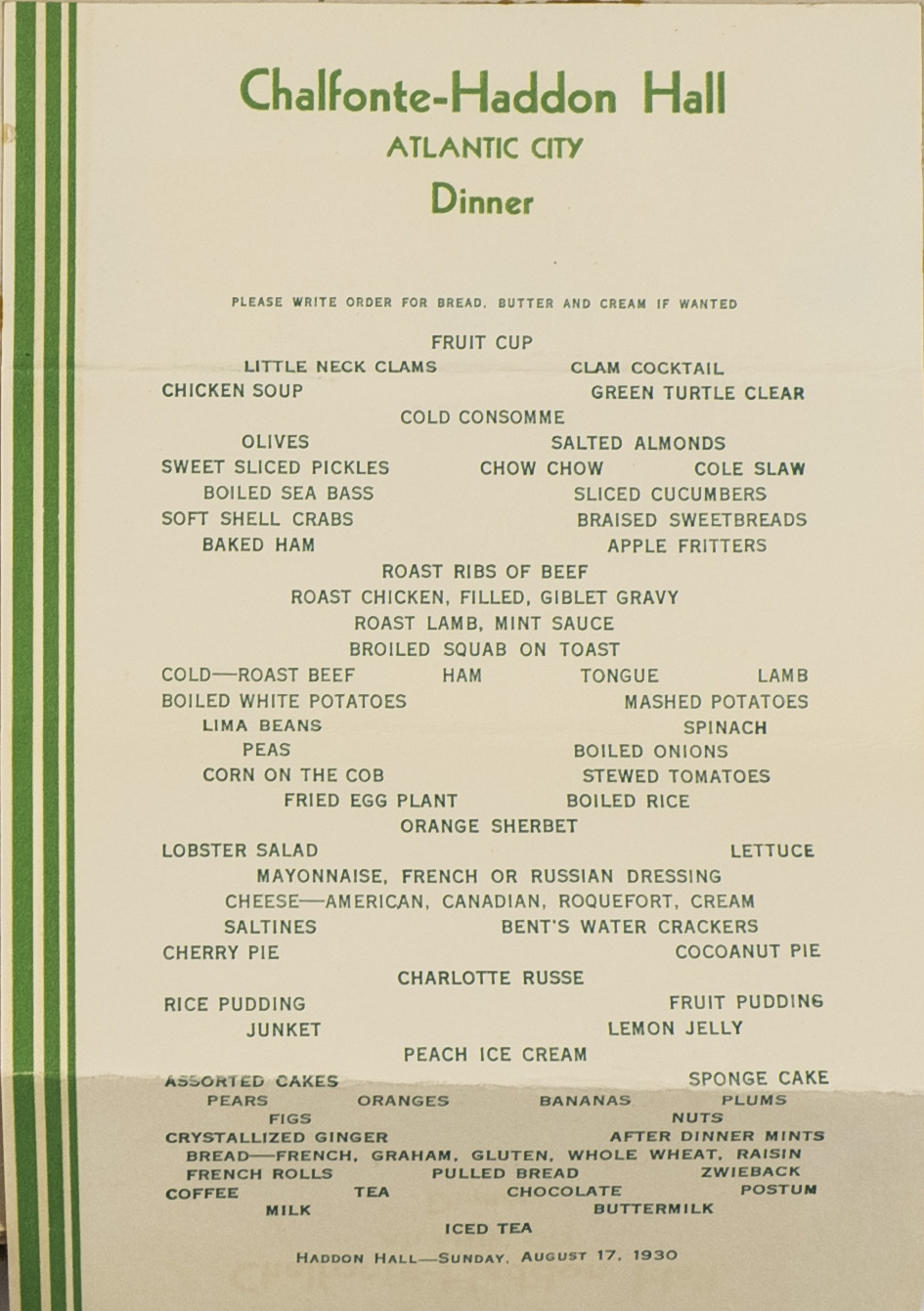 These pages contain memorabilia from a Senior Class Dance and a birthday party in 1928: 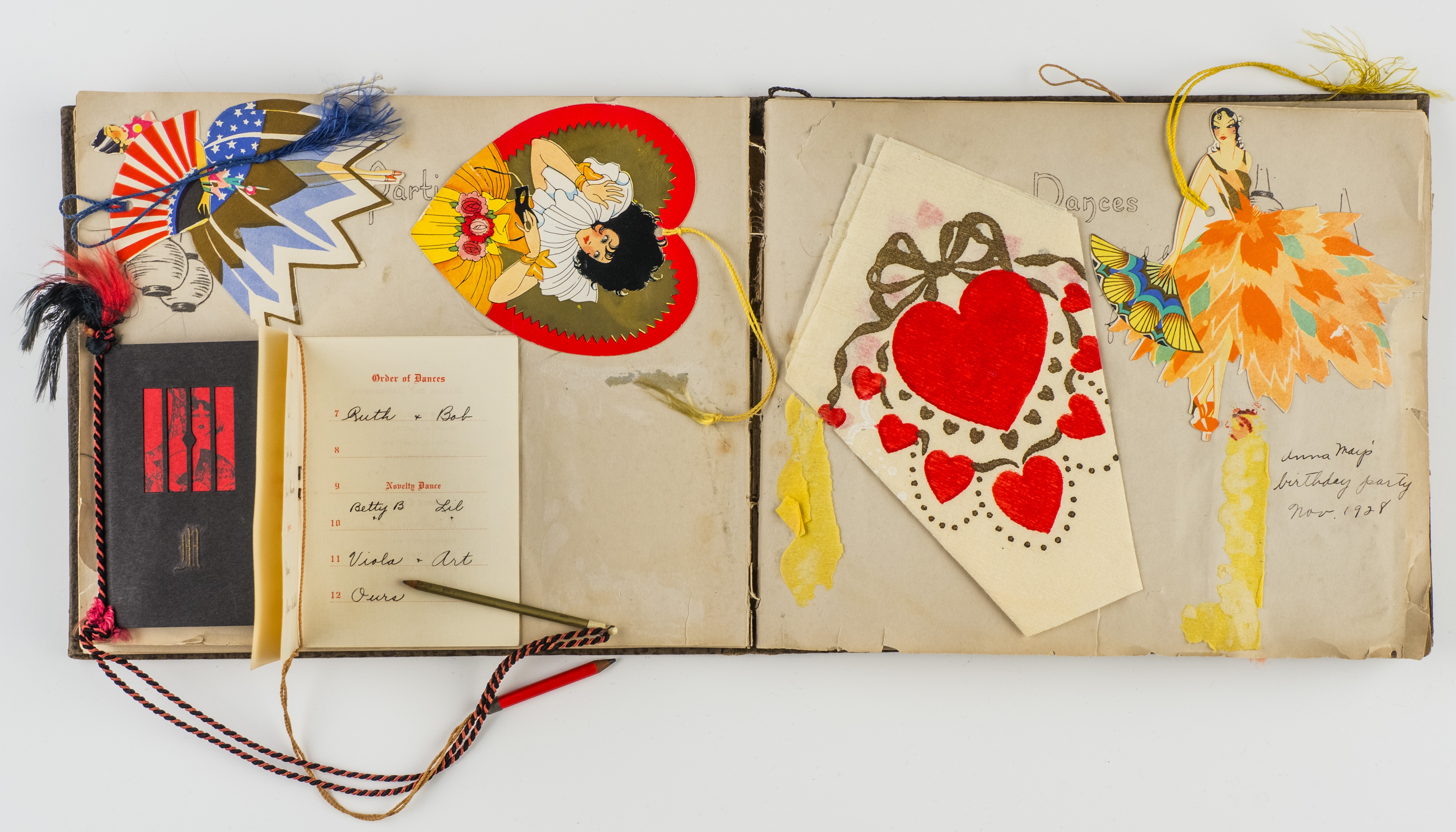 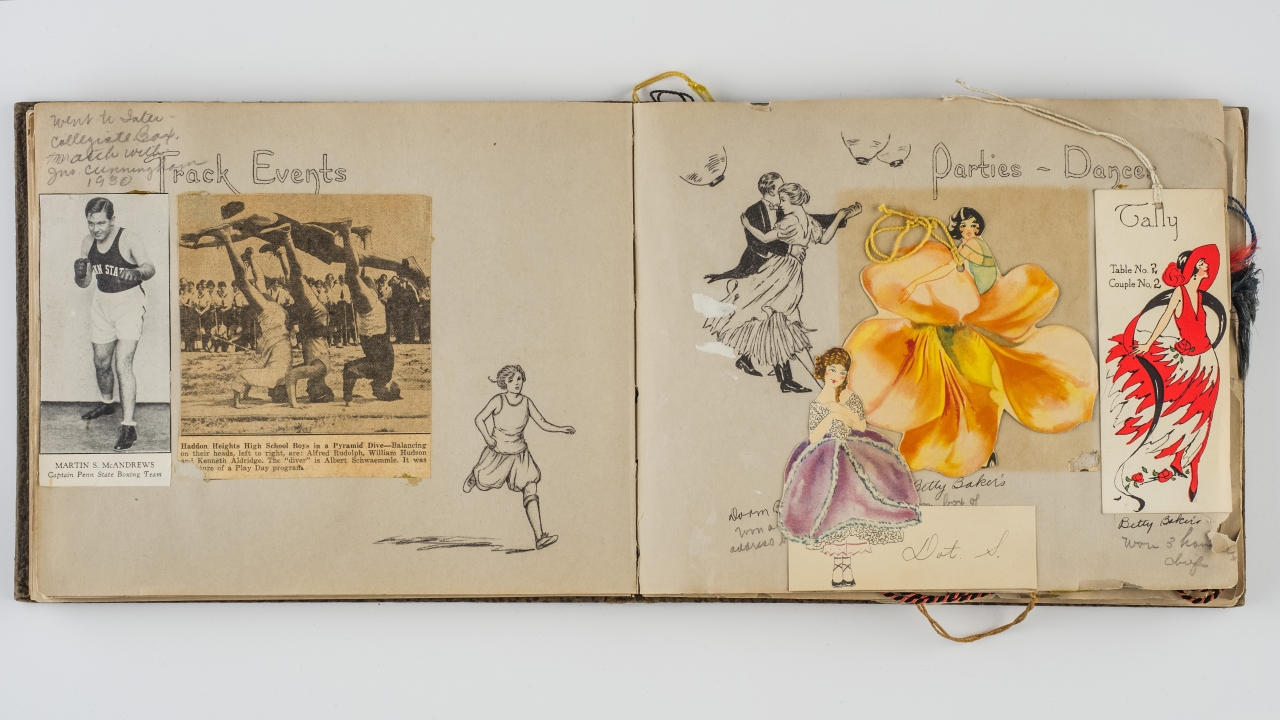 Janet Millenthal '46 and Charlotte Koob '48 wrote this document to describe the traditions of Montclair State when it was known as the New Jersey State Teachers College at Montclair. The document describes the week of freshmen hazing, life in the dorms, along with and the various ways holidays were celebrated in the 1940's.The original was typewritten, but the text has been scanned and is available in the PDF below.