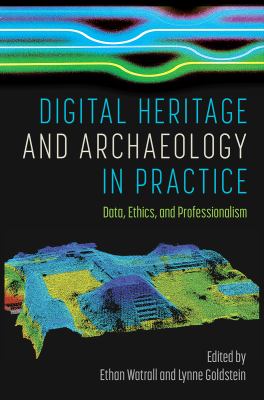 Digital Heritage and Archaeology in Practice : Data, Ethics, and Professionalism

The two volumes of Digital Heritage and Archaeology in Practice bring together archaeologists and heritage professionals from private, public, and academic sectors to discuss practical applications of digital and computational approaches to the field. Contributors thoughtfully explore the diverse and exciting ways in which digital methods are being deployed in archaeological interpretation and analysis, museum collections and archives, and community engagement, as well as the unique challenges that these approaches bring. In this volume, essays address methods for preparing and analyzing archaeological data, focusing on preregistration of research design and 3D digital topography. Next, contributors use specific case studies to discuss data structuring, with an emphasis on creating and maintaining large data sets and working with legacy data. Finally, the volume offers insights into ethics and professionalism, including topics such as access to data, transparency and openness, scientific reproducibility, open-access heritage resources, indigenous sovereignty, structural racial inequalities, and machine learning. Digital Heritage and Archaeology in Practice highlights the importance of community, generosity, and openness in the use of digital tools and technologies. Providing a purposeful counterweight to the idea that digital archaeology requires expensive infrastructure, proprietary software, complicated processes, and opaque workflows, these volumes privilege perspectives that embrace straightforward and transparent approaches as models for the future. 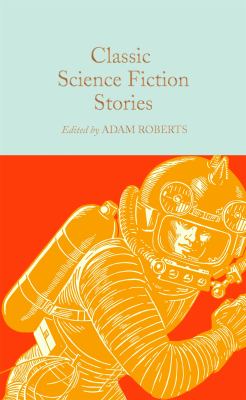 An entertaining and wide-ranging collection of science-fiction short stories featuring space aliens, spectacular inventions, futuristic technologies and vividly imagined worlds.Part of the Macmillan Collector's Library; a series of stunning, cloth-bound, pocket-sized classics with gold foiled edges and ribbon markers. These beautiful books make perfect gifts or a treat for any book lover. Classic Science Fiction Stories is selected and introduced by academic and science-fiction writer Adam Roberts.Classic Science Fiction Stories highlights not only famous writers such as Edgar Allan Poe, H. G. Wells and H. P. Lovecraft, but also gives voice to lesser known but equally inventive writers such as Florence McLandburgh and Ambrose Bierce. Spanning the 1750s to the early twentieth century, these mesmerizing and expertly crafted stories are by turns intriguing, terrifying and, at times, downright comic. Together they show how science fiction took root to develop into the global phenomenon it is today. 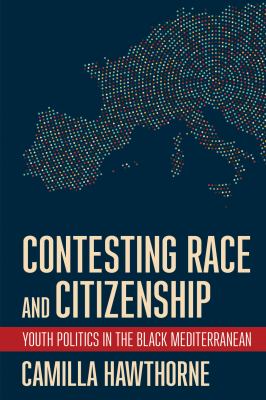 Contesting Race and Citizenship is an original study of Black politics and varieties of political mobilization in Italy. Although there is extensive research on first-generation immigrants and refugees who traveled from Africa to Italy, there is little scholarship about the experiences of Black people who were born and raised in Italy. Camilla Hawthorne focuses on the ways Italians of African descent have become entangled with processes of redefining the legal, racial, cultural, and economic boundaries of Italy and by extension, of Europe itself. Contesting Race and Citizenship opens discussions of the so-called migrant "crisis" by focusing on a generation of Black people who, although born or raised in Italy, have been thrust into the same racist, xenophobic political climate as the immigrants and refugees who are arriving in Europe from the African continent. Hawthorne traces not only mobilizations for national citizenship but also the more capacious, transnational Black diasporic possibilities that emerge when activists confront the ethical and political limits of citizenship as a means for securing meaningful, lasting racial justice--possibilities that are based on shared critiques of the racial state and shared histories of racial capitalism and colonialism. 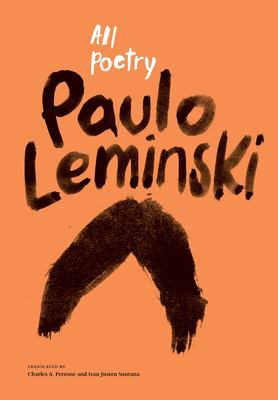 A complete collection of the poetry of Brazilian poet Paulo Leminski, translated to English. 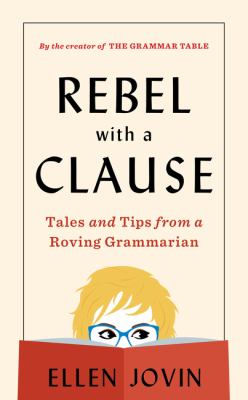 Rebel with a Clause

"A fresh and democratic take on language by a gifted teacher." --Mary Norris "[Jovin] never hectors, never finger-points; she enlightens and illuminates. This is lovely work." --Benjamin Dreyer An unconventional guide to the English language drawn from the cross-country adventures of an itinerant grammarian. When Ellen Jovin first walked outside her Manhattan apartment building and set up a folding table with a GRAMMAR TABLE sign, it took about thirty seconds to get her first visitor. Everyone had a question for her. Grammar Table was such a hit--attracting the attention of the New York Times, NPR, and CBS Evening News--that Jovin soon took it on the road, traveling across the US to answer questions from writers, lawyers, editors, businesspeople, students, bickering couples, and anyone else who uses words in this world. In Rebel with a Clause, Jovin tackles what is most on people's minds, grammatically speaking--from the Oxford comma to the places prepositions can go, the likely lifespan of whom, semicolonphobia, and more. Punctuated with linguistic debates from tiny towns to our largest cities, this grammar romp will delight anyone wishing to polish their prose or revel in our age-old, universal fascination with language. 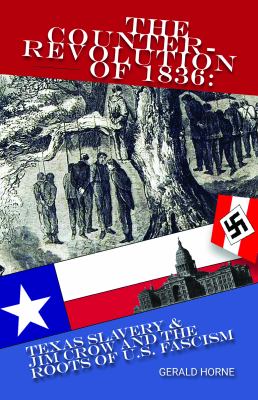 The Counter Revolution Of 1836

Texas has become a leader of ultra-right forces nationally-especially since the 1950s-when the notorious oilmen were the bulwark of support for McCarthyism.One lesson from Texas history though is that repression was so severe because resistance was so daunting-a lesson to keep in mind as this century unfolds. 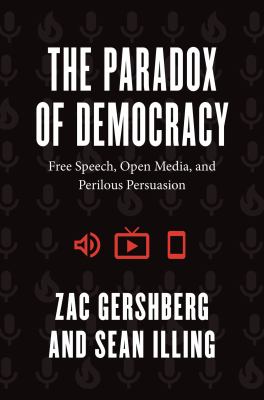 The Paradox of Democracy

A thought-provoking history of communications that challenges ideas about freedom of speech and democracy. At the heart of democracy lies a contradiction that cannot be resolved, one that has affected free societies since their advent: Though freedom of speech and media has always been a necessary condition of democracy, that very freedom is also its greatest threat. When new forms of communications arrive, they often bolster the practices of democratic politics. But the more accessible the media of a society, the more susceptible that society is to demagoguery, distraction, and spectacle. Tracing the history of media disruption and the various responses to it over time, Zac Gershberg and Sean Illing reveal how these changes have challenged democracy--often with unsettling effects.  The Paradox of Democracy captures the deep connection between communication and political culture, from the ancient art of rhetoric and the revolutionary role of newspapers to liberal broadcast media and the toxic misinformation of the digital public sphere. With clear-eyed analysis, Gershberg and Illing show that our contemporary debates over media, populism, and cancel culture are not too different from democratic cultural experiences of the past. As we grapple with a fast-changing, hyper-digital world, they prove democracy is always perched precipitously on a razor's edge, now as ever before. 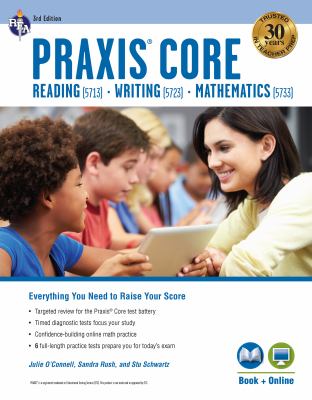 REA's Praxis Core Academic Skills for Educators Test Prep with Online Practice Tests (3rd ed.)   Gets You Certified and in the Classroom! This revised and updated 3rd edition reflects the new Praxis Core Mathematics (5733) test's increased emphasis on data literacy. The Praxis Core tests are used to gauge the skills and content knowledge of candidates entering teacher preparation programs and are used for initial teacher certification in more than 30 states and U.S. territories, as well as the U.S. Department of Defense Education Activity. REA's Praxis Core Book + Online prep pack for today's Reading (5713), Writing (5723), and Mathematics (5733) tests helps you master the information on this exam battery, bringing you one step closer to being certified to teach. It's perfect for college students, out-of-state teachers, and career-changing professionals. Completely aligned with the Common Core State Standards and written by seasoned test-prep experts, our study package contains in-depth reviews of all the reading, writing, and mathematics content tested on the Praxis Core exam. A diagnostic test for each exam is offered online to help pinpoint your strengths and weaknesses. This test prep package includes 6 full-length practice tests (two each for reading, writing, and math - available both in the book and online) that cover every type of question, subject area, and skill tested on the exams. Are you a career changer or just need more brush-up on your math? Try our four math mini-tests.  The book's online tests are timed and offer detailed scoring analysis and diagnostic tools so you can easily see where you need to focus your study. This complete test prep package comes with a handy study schedule, self-evaluation grid, as well as REA's proven test-taking tips and strategies.  Go with the test guide that the test prep pros at Magoosh say provides "high-quality instruction in all three subject areas." This test prep is a must-have for teacher candidates across the United States who want an extra edge on the Praxis Core tests!